On the importance of Hare Krishna Maha Mantra

These sixteen names of the Hare Krishna maha-mantra :

destroy all the inauspiciousness of the age of Kali. This maha-mantra is the conclusion of all the Vedas. (Kali-santarana Upanisad from Krishna Yajur Veda)

The uniqueness of the Hare Krishna Maha Mantra is to be found in its effects. This sacred mantra: 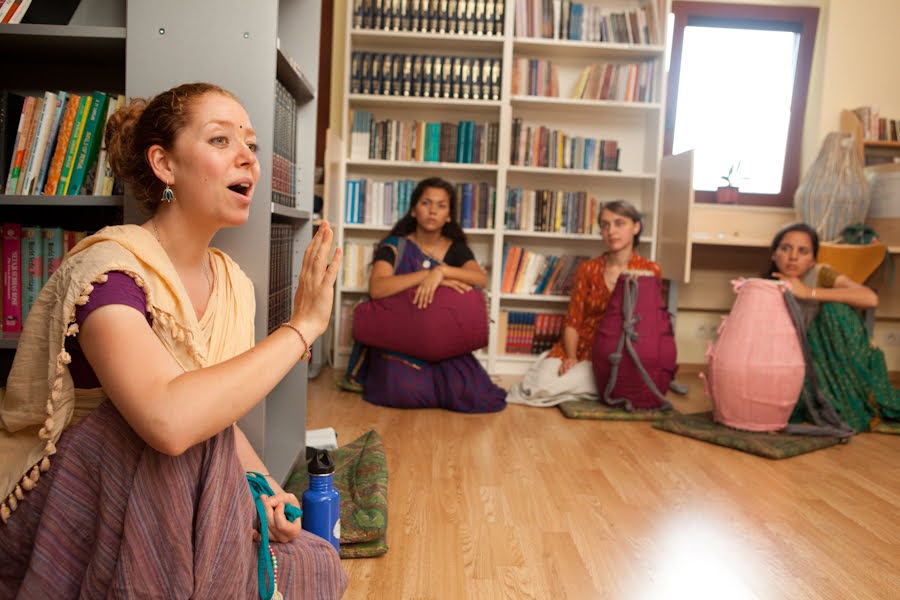 The three words, namely Hara, Krishna and Rama, are transcendental seeds of the maha-mantra, and the chanting is a spiritual call for the Lord and His internal energy, Hara, for giving protection to the conditioned soul.

Around 1500 CE, the maha-mantra was popularized throughout India by Sri Caitanya Mahaprabhu, a leading proponent of Krishna bhakti. Roughly four centuries later the mantra was popularized in the West by AC Bhaktivedanta Swami Prabhupada, a prominent spiritual master in the lineage of Sri Caitanya Mahaprabhu. Once the maha-mantra reached the West, it made a profound and sweeping impact. It offered an authentic and proven alternative to those who found no meaning in the mundane materialistic ways of life. The maha-mantra was included in some of the famous songs of the Beatles, Boy George and a number of other prominent musicians.  Although a major thread in the fabric of the counterculture movement, the Hare Krishna maha-mantra did not only survive within the romantic memories of the good old times, the days of peace and love. The Hare Krishna mantra survived and continues to thrive worldwide, thanks to the hundreds of thousands of common people who made the chanting of the maha-mantra an essential part of their daily lives.

*According to tradition, the Vedas were passed down orally from generation to generation and were written down some 5000 years ago. Modern Western scholarship prefers to date the Vedas somewhere between 1700-1000 BCE. The word Veda means knowledge.

** According to the Vedic cyclic view of time, Kali-yuga is the fourth period (yuga). Unlike the previous three periods, the current period, Kali-yuga (the age of quarrel) is the apex of moral and spiritual degradation. Despite the highly compromised desires, motivations and means for the achievement of self–realization, the concession for the genuine spiritual seekers during Kali-yuga is the congregational chanting of the Hare Krishna Maha Mantra.